Social Good Organizations for the Holidays

It’s the holiday season, and we care very much about social good. Of course, millions, if not billions throughout the world do as well. Nevertheless, after the pandemic, there’s light at the end of the tunnel with the vaccines. Everyone on the planet knows it’s been a tough year. But, although the race to end the pandemic is on, we still have immense global challenges. Due to stay-at-home and lockdown orders, so many people worldwide lost substantial portions of their income, if not all of it altogether.

What the economic meltdown means is that there’s a lot of need out in our communities. So, we’d like to share with you four organizations that you could consider supporting this year. Three of the groups are nonprofits based in the United States, and one of those is doing work globally. However, we also realize that people need fundraising solutions. The last group allows social good organizations to help themselves by raising funds in a creative fundraiser. 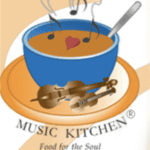 Music Kitchen NYC is a unique organization. Started 15 years ago by Kelly Hall-Tompkins, it’s all about food for the soul. Kelly is a classically trained professional musician. She’s a classical violinist who’s performed around the world. Because of her passion for music, she understands she has a gift to share, as do other musicians, with a population that doesn’t typically get to enjoy it. During the pandemic, millions sought refuge from the fear, uncertainty, and loneliness through the arts, including music. In 2005, Kelly founded Music Kitchen NYC to bring top emerging and established professional musicians together.

Music Kitchen NYC aims to share the inspirational, therapeutic, and uplifting power of music with New York City’s disenfranchised homeless shelter population. While the pandemic placed a pause on performances at shelters, Kelly has continued to perform with fellow musicians and share through YouTube videos. If you’d like to support this innovative program, especially at a time of so much need, please see the How You Can Help section of the website. 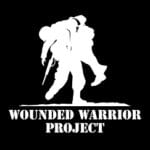 This organization is very special to one of our team members. You see,  Angela, GDS President, has a husband currently deployed overseas. It’s not easy. One thing that all Americans could agree on is that we always need to support our brave soldiers who put their lives on the line in the name of our country and democracy as a whole. And that’s why we want to share with you Wounded Warrior. The social good group supports service members and veterans injured physically or mentally while serving on or after September 11, 2001.

If you happen to be an American and care about American troops and veterans, take a look at Wounded Warrior. There are plenty of ways you could get involved. For instance, you could run a 5K, host a fundraiser, or even raise funds through live streaming and gaming. You could also do a fundraiser for Wounded Warrior through your school or place of work. If you’d like to read and know all of your options for supporting this nonprofit organization, check out their Get Involved section on the site. 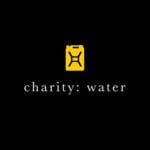 Water is a human right. And we can’t think of any better nonprofit to support access to clean and safe water than Charity: water. This social good nonprofit also happens to be an innovative organization. Because of the support of major donor individuals, 100% of the dollars you donate to the group goes directly to support its programs worldwide. As of this writing, they have nearly 60,000 water projects serving almost 12 million people in 29 countries.

Charity: water is one of the top nonprofits in the U.S., and the public gets clear information about how every dollar gets spent and the impact made worldwide. If you want to give gifts for the holiday season for people who care about social good causes, you could look at their Store. You could also seek to get involved with the nonprofit in other ways. For example, you could start a fundraiser for them. You could become a sustaining donor or fund a project. For more information, take a look at their Get Involved page.

Funds2Orgs Fundraisers for a Global Impact 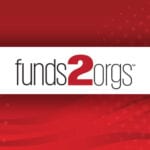 Finally, we want to give a shout out to an awesome social enterprise based out of Orlando, Florida, called Funds2Orgs. Because of the work by members of our team, we know this group well. In short, Funds2Orgs is a for-profit social enterprise offering shoe drive fundraisers. Nonprofits, schools, civic groups, and faith-based groups in North America could ditch the catalog sales and asking for money. Instead, by collecting gently worn, used and new shoes, they raise funds for their cause. Funds2Orgs issues the check.

Three things happen with a shoe drive fundraiser. 1) If you happen to care about a social good group in your community, you raise funds for it in a creative way. 2) You and your group provide your entire community with an excellent way to repurpose their shoes. That’s great for the planet and our fight against climate change! 3) The shoes collected get shipped by Funds2Orgs to more than two dozen developing nations worldwide. In turn, the micro-entrepreneurs help themselves by selling the footwear to make a living. For free information, check out their Get Started page.

Get your fundraiser started